At an event yesterday, the issue of period chairs was brought up. I said I didn’t think there was a way to make Greek folding chairs, thinking of the klismos, to fold flat without really modifying the chair, but even as I was saying this, something was nagging the back of my mind, and that something was that I have not only seen, but reproduced on a scroll an Ancient Greek folding camp chair! As an overview, there seems to be four styles of Greek seating we can talk about.

A bride sits on a kline in a 5th c BCE red figure Attic pyxis in the Martin von Wagner Museum.

Orpheus sits in a klismos, 4th c BCE in the Getty Villa. 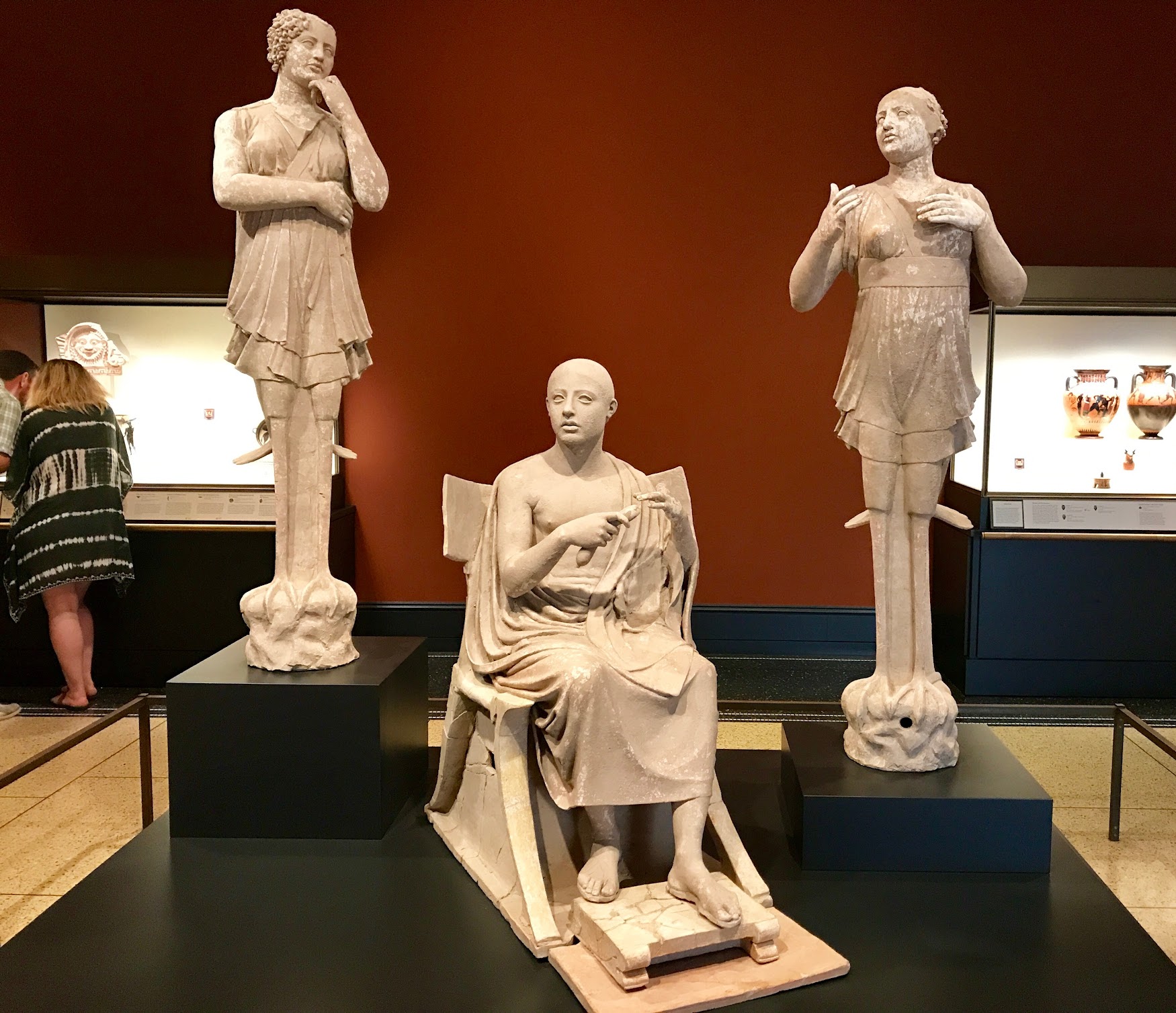 A woman sits on a stool on this 4th c BCE grave steele in the National Archaeological Museum in Athens. The museum uses the word skamni (σκαμνί) for stool; I cannot find this word in the Perseus Greek Word Tool. When searching period texts, the word I find translated into English for stool is diphros. I suspect this may be a difference between ancient Greek and modern Greek, but I am not yet sure. 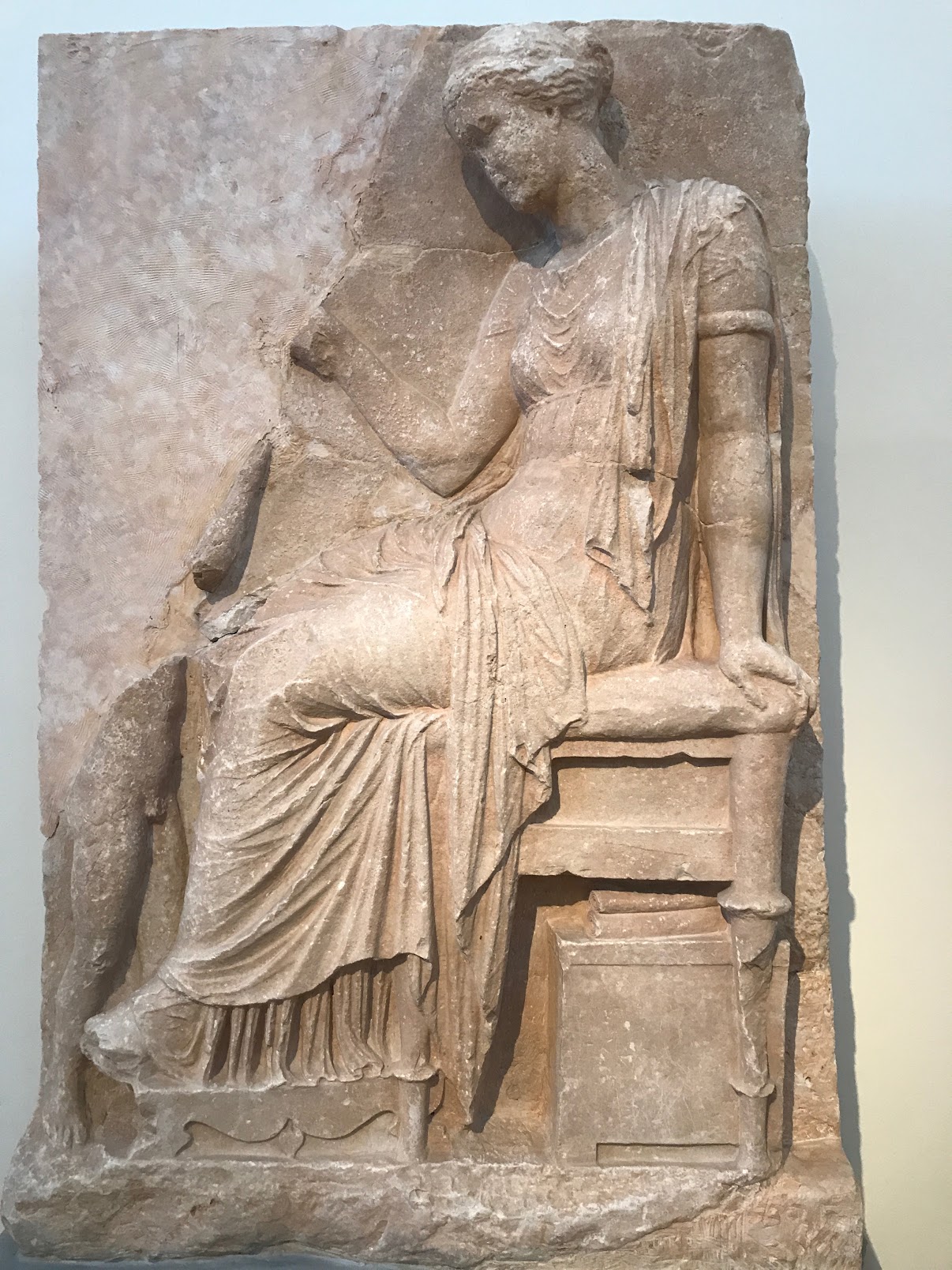 Apollo sits on an okladias in this 5th c BCE white-ground kylix in the Delphi museum. This is extremely similar to many examples of the Roman sella curulis. (Aside: I’ve just read that the curulis comes from currus or “chariot.” Diphros also means chariot board. It seems plausible that these two items – sella curulis and diphros okladias – are quite connected.) 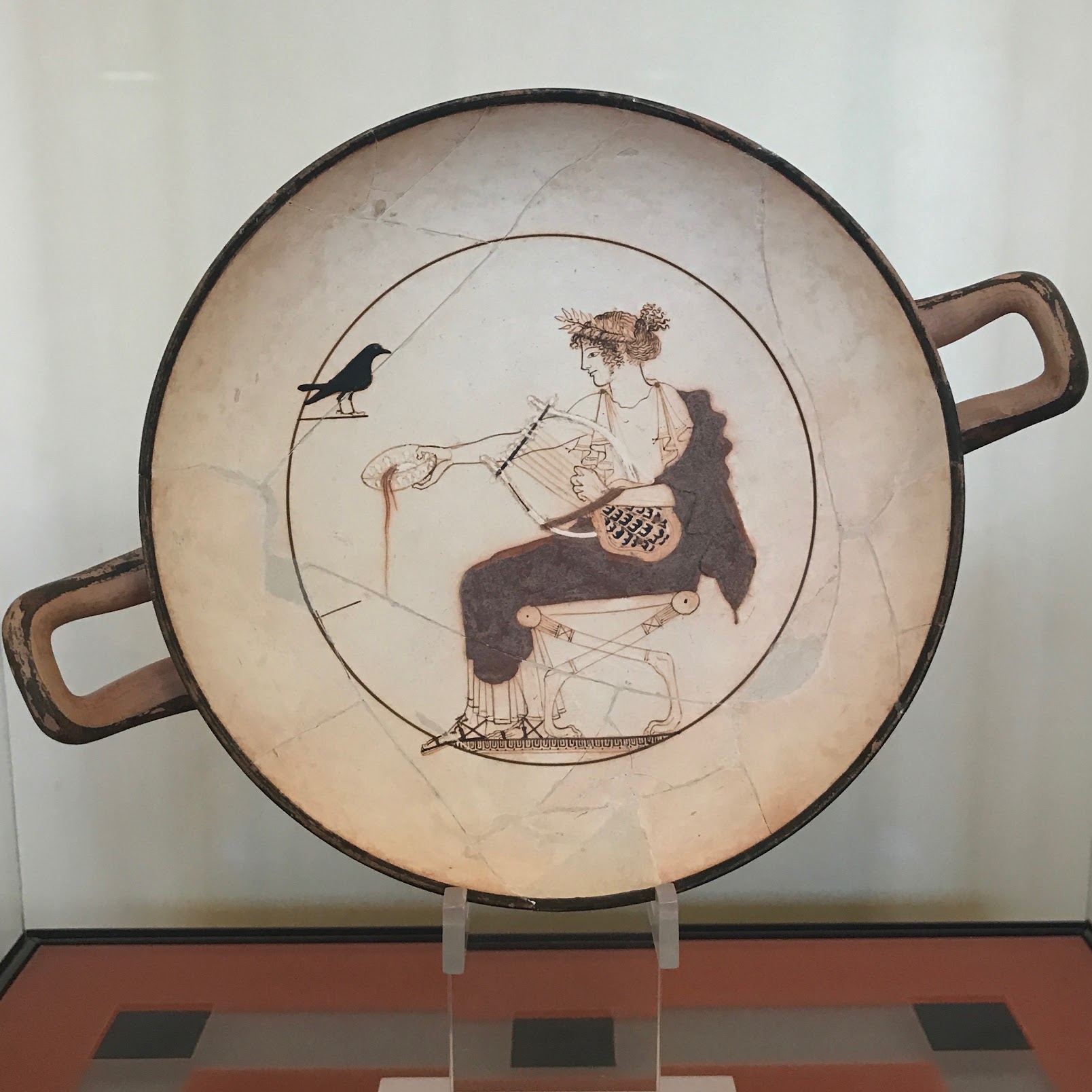 Achilles sits on an okladias in this 5th c BCE Attic red-figure skyphos in the Louve. What appears to be a cushion is made from a highly patterned textile similar to Thracian cloaks and has what looks like a tassel or weight on the end.

This 6th-4th c BCE okladias from the Museo Archeologico Nazionale di Napoli is different from the two above in that it has slats rather than just the two sets of crossed legs.

This last example of a 5th c BCE black figure epinetron from the British Museum seems to show three okladias stools and one diphros.

One style of reconstruction for the okladias is wooden legs and a leather seat, possibly with additional cushion. In all of the images, the figure is seated on top of what would likely be a bar over which the leather is stretched. If this reconstruction is “correct,” this seems like it would be quite uncomfortable. However, in many images, the seat is depicted as being quite thick, as thick even as the legs. In the image from the Louve, the side of the seat is decorated with animal designs. This does not fit the leather seat reconstruction well. Instead, what if the seat is some kind of board placed there? The word diphros for stool has meaning also for chariot or chariot-board, and was used with all of these meanings together in the Iliad according to the Perseus Greek Word Study Tool, suggesting some similarity or relationship between the items.

This is my persona in the Society for Creative Anachronism. This site provides a way to organize and share my research and art. Andromeda Lykaina is a 4th century BC Spartan woman. Contact me via gmail: andromedaofsparta. View all posts by andromedaofsparta