My husband’s squire, Mathias MacCooel, was elevated to the Order of the Chivalry, and I was honored to create his knighting scroll. His persona, like his knight’s and his grand-knight’s, is of the Greco-Roman variety, and this was a wonderful opportunity to learn how to do a fresco-like style. Because it couldn’t be a true wall painting to be mobile, the medium was prepared more like a panel painting. A roughly 1/4 inch wooden panel 12″ by 16″ served as the base. It was coated with layers of plaster made by combining gesso, rabbit-hide glue, and water. 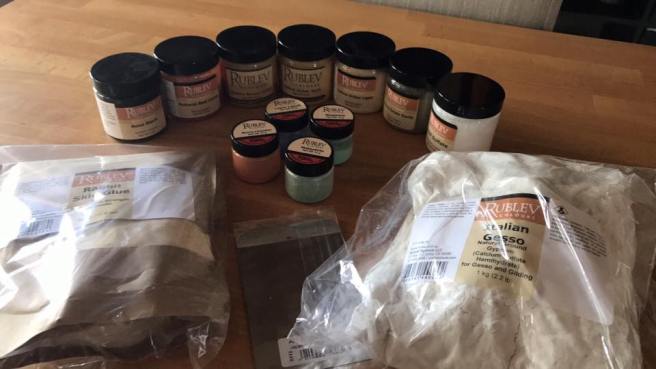 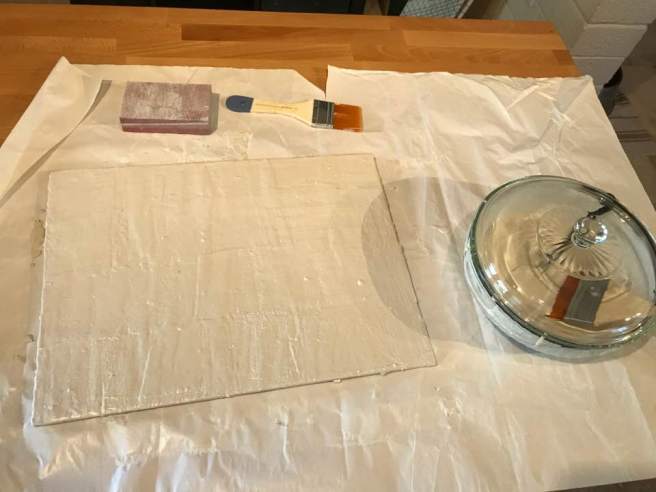 The design was a combination of elements from Macedonian tombs in Naoussa.The loft scene was inspired by the 2nd century BCE Macedonian Tomb of Lyson and Kallikles, adapted to honor his lineage. The gladitorial Thracian helmet and gladius are for Casca and the Thracian helmet and kopis are for Areus. The Vergina sun was retained from the original to represent Atenveldt while the wreath was replaced with a chain.

The shape of the naiskos is inspired by the 3rd century BCE Macedonian Tomb of Anthemians.

The building was left open to provide a backdrop for text and the warrior with spear from the 3rd century Tomb of the Bella Tumulus from Palatitsia, adapted to represent Mathias as a knight of the society.

Mistress Ari taught me how to mix and apply the plaster, how to mix paint, and guided materials choices and provided general advice and encouragement.